A Review of Phone Escape Apps

*All opinions are representative of an employee of Hour to Midnight LLC and not the company itself. None of the games were paid for or sponsored.

Update: While escape rooms all over the country are reopening (you can book ours here), you can still enjoy some from the comfort of your own home.

It’s a weird time right now, with many of us stuck at home, I’ve found myself missing one of my favorite pastimes and de-stressors: escape rooms of course! I have worked here at Hour to Midnight for over two and a half years and would have just played my 50th escape room had my trip to New Orleans not been delayed.

In order to quell my lack of access to escape rooms, I’ve been playing some of the mobile offerings of escape games. I’ve played these games here and there in the past, but I decided to dig in and figure out five of the best escape games you can play at home on your phone.

The House of Da Vinci I & II

There are a great deal of excellent online and mobile escape games, but are you, like me, always wishing you could reach out and touch those beautiful drawings?

Aside from the captivating setting, House of Da Vinci’s shining moment is interactivity. A touch and drag system requires you to actually open doors and turn handles. Yet, there are some clever mechanics that would be impossible in a physical room, making this game stand out as a unique experience. The House of Davinci features immersive sound and a clear story that doesn’t feel too linear.

The hint system can guide you when you need it, without being intrusive, and timed access to those hints stop you from speedrunning the game. The puzzles themselves erred on the side of easy, especially at the beginning of the game, however, the touch screen aspect can be touchy, and I found myself stuck and frustrated when I didn’t quite move something into the perfect place. Altogether, this game captured me immediately and succeeds in being an exemplary blend of puzzles, setting, sound, interaction, and more. I can’t wait to play the sequel!

Haiku’s Adventure escapes games are some of the first mobile games I discovered - and I proceeded to play them all. The high point for Haiku Games is the variety of themes and storylines, from investigating a cult to solving a crisis in space! There are even some returning characters, such as Detective Kate Grey, who you take the role of to investigate that aforementioned cult.

Each game falls under different levels of challenge, but I recommend starting with the Adventure Escape Mysteries game. It is 9 games in one, including some of Haiku Games’ newest offerings, and two of their classic games.

Haiku Games’ offerings fall under the classic style of mobile escape, which means they can drop into the common pitfall of tapping all over the screen in order to find that one little thing you’ve missed. Luckily, most of the solutions, even when difficult, I found to be logical; there is instant and clear feedback when you are correct. You can earn your hints by collecting stars in-scene, but can elect to pay for more stars as well.

I recommend a paper and pencil for these ones - unless you are a great memorizer! There is a lot to keep track of and if you don’t complete a chapter before closing the app, you’ll have to start that chapter over. If you play all the games, you’ll start to see repeats of the same puzzles; I found myself enjoying the games that have unique mechanics, for example, “Painted Worlds” requires you to collect paint and use a brush to bring parts of the scene to life.

Despite a few small flaws, I love these games and will recommend them to anyone looking for a good mobile escape game. Now, I only have one game left - is it too soon to start replaying all the games?

The Room is the go-to mobile escape game and that’s for a reason. It is a stunningly beautiful and immersive game, and like House of Davinci you swipe and interact with objects like you are actually in the room.

The Room starts you off with a quick and comprehensive tutorial, and provides clues that can nudge you in the right direction. I did find that occasionally hints were not available during the times I needed them, or gave more information than I needed to solve the puzzle. Regardless, the puzzles, while unique, feel straightforward and satisfying to complete.

True to its name, the first game in The Room series takes place in a single room - meaning you aren’t exploring the world around you but instead focused on a puzzle box in front of you that has all the parts needed to solve itself. Despite this centralized focus, The Room keeps you fully engaged through realistic moving parts and an atmospheric soundtrack. The navigation feels instinctive, and I am eager to see what happens when I solve a puzzle - I found myself with that elation of getting a code or key and knowing exactly what to do next.

If The Room suffers at all, it would be in the story. It may be expanded on in later games, but the first of the series required a lot of reading that felt unimportant to the puzzles I was solving.

Each puzzle box is an overwhelming beast to tackle when you start it, with a lot to keep track of, but you tend to be led to the next puzzle through an animation, so once you get the ball rolling, it’s hard to stop! I’m not sure how I’ve gone so long without playing such a well-known game, and once again I can’t wait to play the sequels!

The other games I mention in this post are part of a series. As soon as I finished Rime,  I wished there were more. If you are looking for a shorter, one-off escape game, this is probably the one for you.

Rime is a little more of the “classic” mobile escape. It is contained in one room and has the mechanic of arrows to show you where you can get new views. Rime shines in clever puzzles that are recognizable but still challenging. You have an inventory of items you’ve collected to help you solve puzzles, although it is not always immediately clear what those items may do. The hints are satisfactory pushes in the right direction, but you’ll have to watch an ad to unlock them.

The story is not hugely important here, although it is very atmospheric. A slightly unsettling soundtrack, snow outside the window and a very muted color palette combine to give a disorienting feel and remind you that somehow, inexplicably, you’ve entered into the actual pages of a book.

I don’t want to spoil anything, but an interesting aspect of Rime is that there are multiple endings. You’ll have to play and replay again, in order to find them.

I stumbled onto the original “Rusty Lake” games during a Steam sale, and started out with Rusty Lake Hotel. This series is delightfully weird and creepy, my first experience had me feeling slightly uncomfortable, but I was unable to look away. These games are best described as macabre. I was excited to learn that there were a series of games set in the same world called the “Cube Escape Series”.

I kicked off with my experience with Cube Escape: Seasons, and although I’m sure you can jump into any game, if you want the full experience you should play them in a certain order, based largely on release date:

There is a lot of complicated lore, as well as ways to weave in the other games made by Rusty Lake, and I recommend checking out what people have written about them online. Play a few first though, part of the fun is discovering this lore for yourself!

To enhance the unsettling feeling of this game, the Cube Escape Series uses small details, such as unexpected surprises, another incredible soundtrack (sound design matters!), and repeated motifs. In some of the games with different levels, they will use the same ‘room” with items slightly changed, and completely different puzzles, which contributes to a feeling of unease.

The Cube Escape Series moves away from just codes and locks, it has lots of unique puzzles you don’t expect. I found myself horrified at the things I must do to move forward - the more I played, the more I found myself having unpleasant ideas of what I should do - and those creepy solutions are often the ones that worked.

The hint system is different depending on the game - most games only include a link to a video walk through, however this is later improved upon in some games such as The Cave, which gives hints for specific puzzles, after you watch an ad. The Cube Escape Series does have the classic pitfall of randomly tapping to find or combine items, however the minimalist setting and dark logic help this from becoming too much of a problem for gameplay.

Initially, I found these games slightly hard to recommend, due to the grim tone, but the more I play the more, the more I can’t get enough. At this point, I am at risk of playing all of them in one day.

Need even more puzzles? Check out a few adventures reminiscent of those point-and-click Flash escape games many of us played growing up:

Can you escape the 100 room by HKAppBond

Now that you’ve mastered some puzzles, grab a gift card here and join us for some live-action escape room games here! 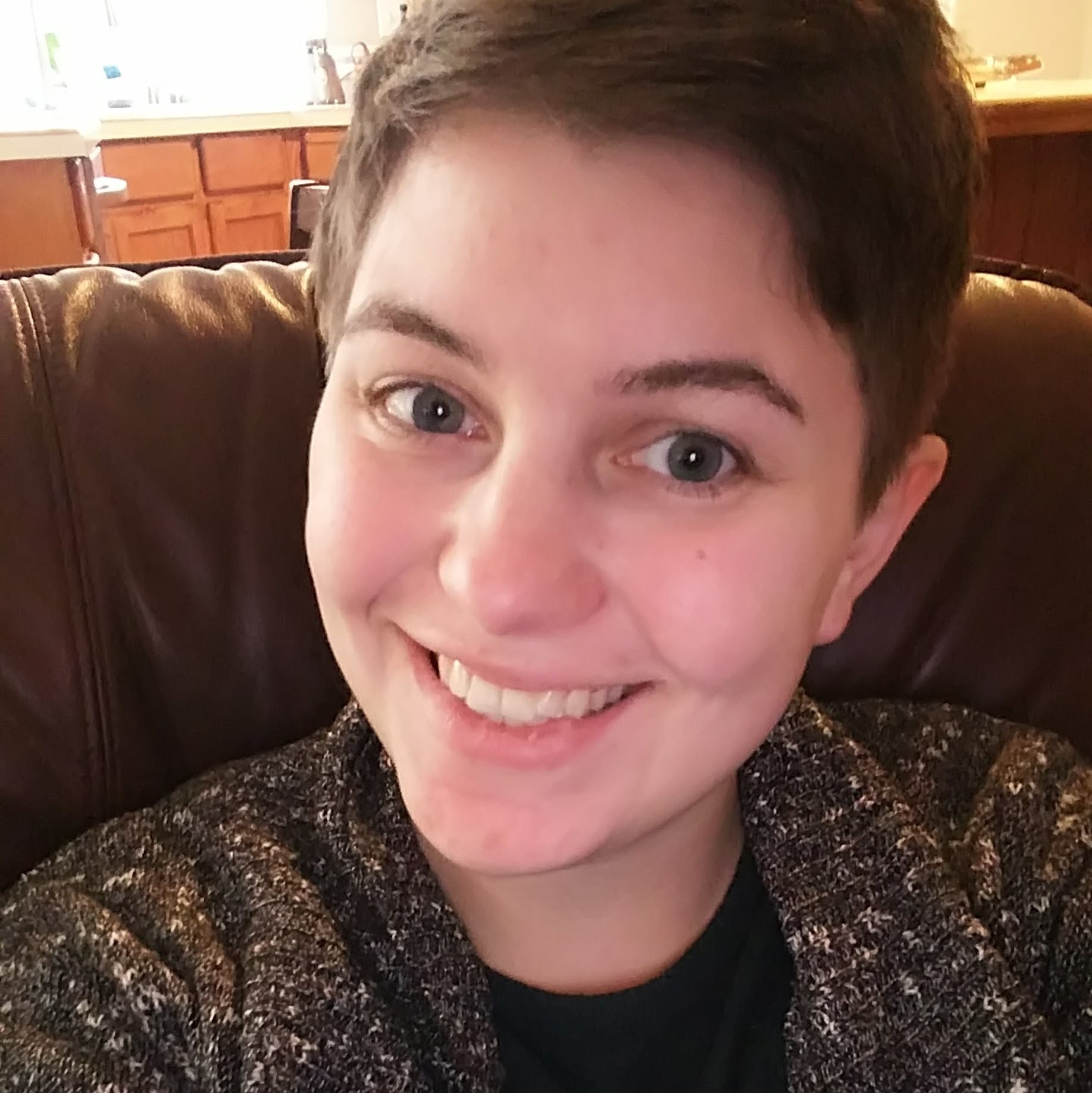 Kaylee is a gamemaster and merchandising manager at Hour to Midnight. When she's not playing or running escape rooms, she is an ad and freelance graphic designer. Her love for puzzles and mysteries comes from growing up with the Nancy Drew computer games.