In spring of 2019, the Hour to Midnight team took a trip up to Seattle and played 18 escape rooms in 3 days. It was an incredible experience, albeit exhausting. With seemingly limitless time on our hands these days, it’s been fun to look back on the trip and, with hindsight being 20/20 (heehee), think about how the trip affected us as coworkers and reminisce on some of the best rooms we played.

At Hour to Midnight we are no strangers to spending a large amount of time with the same few people, as on our busiest days we might be stuck in the control room with our coworkers for anywhere between 6-12 hours. However, we were hardly prepared for the 3 days ahead of us. We rented an Airbnb and in mid May we all piled into a train and set off. On the ride up we entertained ourselves with paper telephone, word games, and Mario Kart. It was a first train trip for some people, and we were in high spirits when we arrived at King Street Station. At the Airbnb we dropped our luggage off and headed out for days filled with as many escape rooms as we could possibly fit.  We learned a lot about each other on that trip, like who snores, who’s difficult to wake up, who has different dietary restrictions, who’s willing and, more importantly, who’s unwilling to wash dishes. Every night we would gather in the common area and talk through the rooms we’d played that day, eat, and get ready for another full day of games the next morning. It was definitely a learning experience, but it brought us closer together. By the end we were closer friends, and had a better understanding of each other.

We went to Seattle with the intent of playing as many rooms as possible, and that we did. With a grand total of 18 different games spanning 3 days, we experienced some of the best that Seattle has to offer, some of which are still over a year later, incredibly memorable. Without name dropping any places, some of our favorites had amazing sets, immersive sound design, and thrilling ambiance. We played rooms that took us on a ship into the ocean, rooms set in a castle, a near perfect replica of a bank, a realistic forest inside a building, and several rooms with surprising (and sometimes terrifying) twists. One of the companies also runs a haunted house around Halloween time and they took us on a tour through it. Not to call anyone out, but some of us were more scared than they’d like to admit.

Overall, the experience was fantastic. We had a great time and made lasting memories that have been great to look back on. 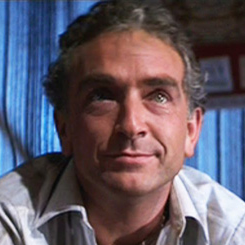 René  studied archaeology at the Sorbonne where he went on to win the Archaeological Society Prize. He also had a career at the Louvre.